Yes, this is another update that isn’t quite really an interesting blog post in itself. SORRY!

Well, maybe it is because while I have settled into a quasi-“settled” life over the past few months – I am not actually home.

While this trip almost didn’t happen, the stars fully aligned and back in March I flew down to this incredible country. After a couple weeks of traveling around, I have since settled into Christchurch. But instead of being a productive blogger, I spent much of this time doing not much…  in addition to trying to make my money last as long as possible until I found a job.

However, here’s quick summary of what I actually HAVE been up to!

Instead of continuing to stay in a hostel, I’m sharing a flat with four other cool guys (hostels were WAY too expensive to stay at!) I now live in Addington, a suburb of Christchurch just below the Central Business District – so it’s rather easy to get to much of the city! I’m also loving the fireplace (which was direly needed because Kiwi homes are NOT known for their good insulation…) Having my own room has definitely been a nice break from constant traveling and living out of a backpack.

Living at the flat has been interesting in that I’ve joined with my flatmates in a shared cooking and meal plan. Basically, we each cook one dinner a week for the flat, and the rest of the panty is shared. It took a while to adjust to, as I’ve gotten used to cooking for just myself for years, but it’s also neat to see what everyone cooks.

I took up sport and joined a rugby team. SHOCKING – I know!

Through some new friends I was introduced to the Heroes Rugby Team, a brand new gay and inclusive rugby team here in Christchurch. Even though I have never played rugby before (I DID know that it was a sport – so that’s something, right?), I didn’t stand out too much as many of my fellow teammates were also new to the sport. Despite starting the season off by twisting my ankle at my first practice (I didn’t have proper boots yet!), I went in for the tackle and gave it my full effort. I enjoyed playing immensely and every week I improved my skills and knowledge of the game.

While our season is now over, it was an incredible experience. We didn’t win a game – but that is solely because we were a new team and were still learning the ropes. Every week we continued to improve from the previous week, and we also decreased the point difference as we give our opposing team even more of a fight. I even noticed a change in myself about halfway through the season when I stopped worrying about getting tackled but instead just accepted I was going to get tackled and helped drive the ball forward. Others noted this as well and one week I was awarded the Player of the Game!

My teammates and I went out there each week, got knocked down, yet we got back up and jumped right into the next play. Our continued improvement and good sportsmanship were noticed by many within the league. We lived up to our team name and have become heroes within the LGBTI+ community. I cannot wait to see what next season brings!

Since I’m down here in New Zealand on a year-long working holiday visa, it makes sense that I’d end up working during some of the year!

While it took a LOT longer than I initially had hoped to find a job, I was finally successful. In June, I applied for a sewing machinist position at Albion Clothing which I thought would be great experience with my costuming background. Unfortunately while they loved my work and wanted to hire me, the terms of my work visa got in the way. Luck prevailed though and a month later, when they were still looking for new hires and I had not yet found a job, we managed to discover a way I could be beneficial for the time being.

As such, I am working a standard Mon-Fri daytime job sitting at my sewing machine, naturally, sewing! I’m learning the ropes of working on a clothing line and have become very good friends with my overlocker. I will admit that I am already sick of the shade of blue of the knit jersey shirts we make. (To be fair, it’s the same shade of emergency blue as my uniforms have been over the years!) While I don’t foresee myself working here past my six month limit, it’s certainly been a great experience and skill booster.

In July, I performed in the ensemble for ShowBiz’s “Broadway Hitman Concert” at the Isaac Theatre Royal. It was an exciting process and concert, even though it only ran for one weekend. BUT – I can say now that I am an “International Performer!” (You CAN laugh!) There were some amazing soloists onstage and it was a pleasure to join them and the other talented ensemble singers.

While the concert itself was exciting, the experience has opened up some doors for me here in Christchurch. I joined the wardrobe crew for ShowBiz and we are currently in Tech rehearsals getting ready to open “Les Miserables.” It’s quite different being behind the scenes for my third production of the show, as well as not being the one in charge – I quite enjoy that and I am learning quite a lot in the process.

Oh yeah, I also sang two numbers in the “Way Off Broadway” open-mic concert series last weekend. That itself was quite exciting!

In short, the past six months have been quite an upheaval and change – but I’m thoroughly enjoying it all. There’s plenty more to tell so keep your eyes peeled for more posts!

Rugby ShowBiz Update working holiday
Previous Post New Zealand for a year? Why Not!
Next Post See the NZ Highlights in Just 7 Days! 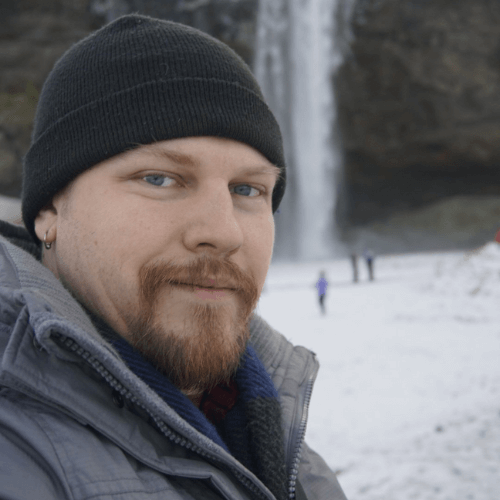